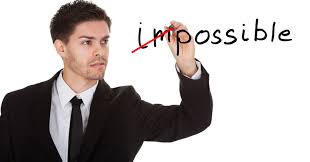 Some people get more done than others — a lot more.In order to become successful, there are quite a few habits that we must follow. They are driven and motivated people, who succeed at everything they do. You wonder how they are managing to accomplish everything they put their minds to. Successful people seem like an exclusive bunch, often reluctant to let you in on their secrets. The truth is that there is no sure-fire recipe for success. However, there are a few things successful people do differently. Let’s take a look.

When you set yourself a goal, try to be as specific as possible. “Lose 5 pounds” is a better goal than “lose some weight,” because it gives you a clear idea of what success looks like. Knowing exactly what you want to achieve keeps you motivated until you get there. Also, think about the specific actions that need to be taken to reach your goal. Just promising you’ll “eat less” or “sleep more” is too vague be clear and precise.

2. They strive for consistency

3. They stick with it

They take their goals, priorities, and commitments very seriously. Once they’ve figured out what they want to accomplish, they’re disciplined about getting it done and not letting obstacles stand in their way. They don’t always succeed nobody does but they won’t let that stop them from trying again and again until they do.

4. They believe in themselves and their vision

The school of hard knocks isn’t easy, so if you want to achieve big results, you’ve got to believe in yourself. The world’s most successful people have unshakeable confidence in themselves and in their vision. Without it, they’d have to give up too easily after a few obstacles got in their way.How’s your confidence? Do you believe you can achieve your dreams?You’ve just to first believe it, and then work like mad to get it.

6. They only touch things one time

How often do you read an email, and then close it and leave it in your inbox to deal with later?Highly successful people try to “touch it once.” If it takes less than five or ten minutes–whatever it is–they deal with it immediately. Doing so reduces stress since it won’t be in the back of their mind, and it’s more efficient since they won’t have to re-read or evaluate the item again in the future.

7. They are always willing to challenge their limits

Successful people don’t remain confined in a closet. They are ones that move fast and break things. You cannot innovate unless you challenge your limits. If you want to make a dent in the universe, you must be willing to think out of the box and challenge the norms. Come up with simpler solutions for complex problems. That’s how successful people grow in life!

The understanding that social media is designed to hook you in, waste your time and then make you take an action you hadn’t previously planned, is a concept that insane, successful people understand. For this reason, they time box social media.They use social media to get their message out, create content and get ideas. The difference is that they know how addictive and time wasting it can be to so they limit it to short bursts once or twice a day. They’ve found a way to suppress the dopamine hits that social media gives them.

9. They measure and track their progress

Successful people are not only working in their job/business, they are also working on it. They step back and assess their progress regularly. They track themselves against their goals and clearly know what needs to be done to excel and accelerate.If you track the wrong things you’ll be completely blind to potential opportunities as they appear over the horizon.The proper approach is to figure out what your number one goal is and then track the things that directly relate to achieving that goal. On a weekly basis, plug the numbers into a spreadsheet and use the data to create weekly or monthly trend graphs so you can visualize your progress. Then fine-tune your actions to get those trends to grow in your favour.

10. They don’t get discouraged

Setbacks are inevitable. Failure may show its ugly head every now and then. But that’s alright. Successful people know how to regroup and try again. Keeping a positive attitude and always moving forward, despite of hardship, is a clear sign that you are meant for success.Dreams don’t have to be dreams forever. They can become reality. With dedication, hard work, and careful planning, you too will soon be on the right path for success. What are you waiting for?

15 Inspiring Quotes About Living Your Life on Purpose